Science Set Free: 10 Paths to New Discovery. In Science Set Free, Dr. Rupert Sheldrake, one of the world's most innovative scientists, shows the ways in which science is being constricted by assumptions that have, over the years, hardened into dogmas. Such dogmas are not only limiting, but dangerous for the future of humanity.
http://www.youtube.com/watch?v=uD2qScZlvYE&feature=player_embedded

INCORPORATE the Radius of Curvature concept to E=MC2, i.e., the QC is actually the kinetic energy equivalent of the mass energy of matter, expanding our limited math and science models of Space and Time:
·        The George Washington University’s Planet Forward: The Promise of Energy for Everyone Video http://planetforward.org/idea/looking-to-nature-for-a-new-take-on-energy
·        A Power Point Introductory Presentation http://www.relaxspa.net/TheRadiusOfCurvature12-28-10PPShow2003.pps

TO THE ERRORS Tom Bearden points out in Maxwell’s equation


ROUNDING OUT THE PHYSICS OF ZERO POINT WITH THE TRUE UNIFIED CORE OF E-MC2
The Physics of Zero Point Energy by David Yurth Part 1/8
http://www.youtube.com/watch?feature=player_detailpage&v=Co5WxckGLh8

The following tip of the iceberg contemporary times is not representative of 21st century science in a FREE country:
Hard Times Generation: American Families Living in Cars- CBS News
http://www.cbsnews.com/8301-18560_162-57481907/hard-times-generation-families-living-in-cars 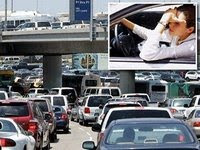 Posted by Freedom Times at 6:10 PM No comments:

The Structure of Scientific Revolutions: 50 years on

The Structure of Scientific Revolutions: 50 years on 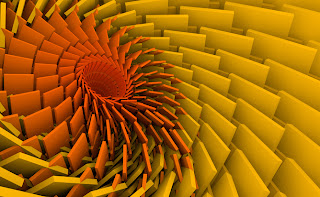 ﻿
Aside from disconnected/unbalanced Profit, with its ease of Reality suppression (Milgram Obedience principle), Kuhn addresses other structures keeping 21st century science stuck in oil, elementary and deadly nuclear application, corn, inefficient wind/solar/geo/tidal - Concepts so limited in a future vision of energy evolution, as to be relegated to a "retarded" category of human expression, and worse, leading toward human extinction itself.

Constant backup reminder of 60 Years Past Due Energy Evolution


• The George Washington University’s Planet Forward: The Promise of Energy for Everyone Video http://planetforward.org/idea/​looking-to-nature-for-a-new-tak​e-on-energy


This year marks the 50th anniversary of the original publication of Thomas Kuhn’s famous book, The Structure of Scientific Revolutions. Kuhn, who taught at Berkeley, Princeton and MIT following studies in physics at Harvard, was a historian of science whose ideas have had a major impact on the philosophy of science.
Now in its third edition, Structure has had a lasting influence on our thinking about science. After 50 years, Kuhn’s ideas show signs of wear. But they continue to shape our “image of science”, to echo Kuhn’s own turn of phrase in the opening lines of Structure. (read on)


THE MAJOR CULPRIT TO PARADIGM CHANGE/GROWTH IN SCIENCE TODAY IS:

Repeating a comment by The Equalizer:
MODERN DAY TABOO: Stanley Milgram (infamous Milgram Experiment) showed how deadly and incapacitated a people/nation (Nazis) became as they followed the Voice of Authority in mob-like trance. So too, against all odds, E=MC2 remains stagnant over 100 years, with the people's belief firmly entrenched by their MASTER's authority that fission and fusion with deadly radiation are the only means to access "nuclear energy". http://freedomtimes.blogspot.com/ . As the science of "What's Real", especially in energy stagnates, the escape to trivia mushrooms, and the "rise and fall" cycle of civilizations follow close behind – like a broken record without intelligence Repeat Repeat Repeat Repeat…..........
How many billions worldwide, now dead by starvation, poverty, disease, malnutrition, water shortage, no medical, lack of sanitation, since the late 40’s, when cheap, almost free, and unlimited energy systems became available to avoid AND PREVENT these atrocities still continuing today in the age of 21st CENTURY SCIENCE MARVELS?

Posted by Freedom Times at 5:46 PM No comments: