Levitating Cars, fake or not, WHY NOT?

Fake or not, levitating cars have been technologically feasible since the early 1940’s.

Levitating Cars, fake or not, WHY NOT?


Why Still Not? Why don’t we have progress in Energy Concepts?

Why do so many Americans state with despondency, “(our masters-unspoken/understood) such as big oil, would never allow levitating cars”. 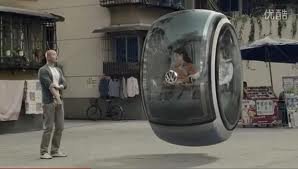 In a free country, unlike a fascist system where Corporate Power is Protected, where industrial and business aristocracy of a fascist nation are the ones who put the government leaders into power, creating a mutually beneficial business/government relationship and power elite….. in a free country, threats and obstructions to sustainable life, energy evolution, and survival itself, should not be an issue. 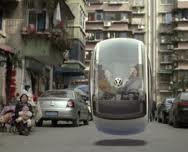 With the expanded science concepts of E=MC2 in the 40’s, which demonstrated unlimited possibilities to enhance the quality and evolutionary nature of life, came the wisdom that limitations, “Resource Wars”, have no valid reason for continued existence, and that the trillions upon trillions of dollars spent on killing and perfecting ways to kill, is totally against sustainable life and evolutionary progress. Much more so, against the grain of every religion and perennial philosophy known to Humankind. 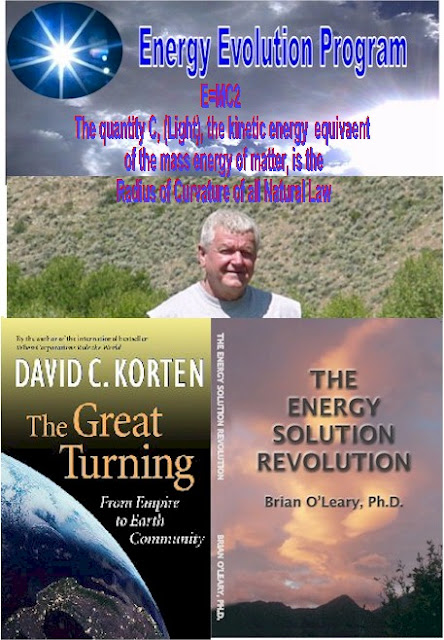 With all the diminishing employed working toward the new corporate buzz word goal of increasing I.B.I.T.D.A. (earnings before interest, taxes, depreciation, and amortization), “increasing the bottom line”, amassing the wealth of the few, obliterating the middle class, while economically squeezing the rest of humanity towards greater debt and austerity programs, or more bluntly, towards serfdom and unchained slavery, - WE REALLY SHOULD ASK, IS THIS MODERN 21ST CENTURY SCIENCE IN ACTION?


How to Liberate America from Wall Street Rule 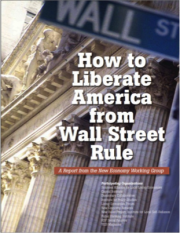 
In 2008, Wall Street plunged the U.S. econ­omy into the worst crisis since the Great Depression. Wall Street received a gener­ous public bailout and quickly recovered. Main Street continues to languish. Politi­cians and pundits rarely inquire into the rea­sons for the disparity. Doing so would expose the reality that the United States is ruled as a plutocracy, not a democracy, and would focus citizen anger on the structure of the institution­al system that gives Wall Street bankers their power.


The 2008 financial crash was a direct and inevitable consequence of a social engineering experiment conducted by Wall Street interests that allowed Wall Street financial institutions to consolidate their control of the creation and al­location of money beyond the reach of public ac­countability. The priority of the money system shifted from funding real investment for building community wealth to funding financial games designed solely to enrich Wall Street without the burden of producing anything of real value.


The proper function of money is to facilitate the sustainable and equitable utilization of re­sources to fulfill the needs of people, commu­nities, and nature. This calls for a community-based and democratically accountable system of money, banking, and finance that functions to create and allocate money as a well-regulated public utility.


Such a system would be remarkably similar to the one that financed the United States’ victory in World War II, produced an unprecedented pe­riod of economic stability and prosperity, made America the world’s industrial powerhouse, and created the American middle class—a system that was working well until Wall Street launched its “financial modernization” experiment.


Wall Street interests mobilized in the 1970s to advance a host of policy initiatives that led to the erosion of the middle class, an extreme con­centration of wealth, a costly financial collapse, high rates of unemployment, bankruptcy, and housing foreclosure, accelerating environmental systems failure, and the hollowing out of U.S. industrial, technological, and research capacity. Wall Street profited all along the way and declared its social engineering experiment a great success.


This report presents a six-part agenda for ending Wall Street’s disastrous experiment and creating a community-based, publicly account­able money and banking system responsive to the needs and opportunities of the United States in the 21st century.

More evidence, especially in the links, of who and what, not to support, to make America fail.


If I wanted America to Fail (Freedom Times response to a You Tube video of the same name) I would feed the masses desperately clinging hope that Capitalism and Freedom of the past still exist today, with an indestructable “belief system” for unquestioned acceptance of authoratative lies through the corporate owned mass media. I would make Americans believe, through the voices of supreme US authority, that “fellatio” was not sex, and that God created “evil genes”, against all biological and psychological evidence. I would make Americans believe the Warren “Omission” Commission Report of 9/11 was the absolute truth, and clearly understand the “confusion” of the Strategic Air Command, upon hearing “who could have imagined, Airplanes used as weapons!”, when they were there, that very same morning, practicing against just such an event
If I wanted America to Fail I would keep top secret the steps required to change cherished but distorted belief systems through Elisabeth Kubler-Ross’s “Grieving Process”, specifically the “Star Spangled Banner” exalted mass belief hysteria, played at sports gladiator mob mentality arenas, feeding the desperately seeking …. memories of the glorious past, as though this glory still existed today in a crumbling empire. O'Leary utilizes the contextual framework developed by Elisabeth Kubler-Ross for the grieving process to help understand his own emotional challenge of seeing external idols fall and finding the courage to face the stark responsibilities that arise from abandoning vicarious authority

If I wanted America to Fail, I would follow with precision the program/itinerary exactly as history portrays the events played out since the suppression of energy evolution in the mid forties, the major squash of electrogravitics in the 60’s, subsequently fueling scientific curiosity in the “hidden variables”, The Trouble with Physics, and the hunt for the obvious Zero Point specified in StarSteps.

If I wanted America to Fail, I would use psychology to its maximum capacity to dumb down the people, make them submissive to the quite voice of authority, adding the implied threat to their paycheck, if they do not continue to support an economic system slowly strangling the world, including now, America’s own, as Infinite Resource Wars continue to accelerate for total power, greed and control.  I would insure that the controls put in place after the 1929 Economic Crash would be systematically removed, so that those who do the least would take control of 98% of the world’s wealth regardless of failing city and state governments and communities.

If I wanted America to Fail, I would make sure that Sanity, Common Sense and Reason would never again return to the energy and economic domain and interfere with the infinite, oversaturated, dive into meaningless Trivia:
·        Taboo – Economic Decline in a world exploding with population and needs (?)
·        Taboo – Is Science Stupid to be stuck in Oil and deadly Nuclear access, stagnating for over one hundred years since Einstein presented to the world his E=MC2 equation? ·

If I wanted America to Fail I would insist that the outcomes from the marvels of our modern 21st Century Science aiding intelligence, wisdom, and Understanding, would look like the right column of this picture:

Posted by Freedom Times at 10:24 PM No comments: