Time To Vote For Our Future

Time to vote for our future


The Promise of Energy for Everyone

Posted by Freedom Times at 5:41 PM No comments:

WHO IS LEADING THE GREATEST SOCIAL MOVEMENT IN HISTORY?

WHO IS LEADING THE GREATEST SOCIAL MOVEMENT IN HISTORY?
EVERYDAY PEOPLE
EVERYDAY PEOPLE ARE MAKING IT HAPPEN!
What if we really can do something to change the course of history?
No really – how cool would that be!
I am - and I am having the time of my life! See my new video http://possiblefuturesfilmcontest.org/film_24402363
The greatest social movement in history, a world-wide movement to create a viable, livable future, is happening because courageous everyday people are standing for something that seems impossible, and by doing so transform it into not only possible but probable.
They are declaring that if enough people say they want humanity to be on a just, sustainable and fulfilling path by the end of 2014, then we will make it so.
I know many care about making a difference in the world and that is why I am reaching out in this blog. We all know that if enough people demand a change – it usually happens.
Join me and thousands, soon to be millions, of others in an international initiative committed to setting humanity on a new path to a just, sustainable and fulfilling future by the end of 2014!
There is no perfect way to speak about 4YG. Some key points are:
1) Humanity is heading in a direction that no one wants and there is limited time to turn things around.
2) At the same time solutions and technologies to address this crisis already exist.
3) What is missing is the collective will power and commitment to put humanity on a different path.
4) FOUR YEARS. GO. exists to generate this collective will by asking people to take a stand and to live their lives inside of this stand.
5) I would like you to take this stand with me and invite others to take this stand with you.
6) This is how we will create a viable future for our children and for all of life.
The energy evolution solution, available since the 1940s, will expose and dilute the second culprit hindering evolutionary progress, by showing how ALL can experience Unlimited, Sustainable Prosperity.
Are You In?
If so, join me in playing the 4 WEEKS. GO Game, a month-long campaign to double the number of people declaring their commitment to a world that works for everyone - that means 15,000 stands by June 15th.
• Declare your commitment at http://www.4yg.me/
• Get tools at http://www.4ygnet.com/  to activate your networks
• Inspire others to make a commitment
We have the support of influential people and organizations from all over the world. Check out the video on www.fouryearsgo.org created by the largest ad agency network on the planet.
Doubling is powerful: if we double 7,500 only 8 times, we will have nearly one million declarations. Do you see how fast this can happen?
FOUR YEARS. GO!
=============================================
Doing Nothing is already making headlines.
http://www.countercurrents.org/stewart231008.htm
Everyone knows we live in an unequal world. Half of the world’s population has nothing, a great majority struggles to make ends meet, while wealth is concentrated in the hands of a few.
Strangely, few people realize how excessive the inequality has become under the reign of today’s super-Mammon. The world now counts 358 billionaires, whose net worth equals the combined net worth of the world’s 2.5 billion poorest people. The capitalization of some banks exceeds the total national production of 100 countries. This inequitable result is not unavoidable. The gap is not a natural human process.

Left unhindered, this unnatural process thwarting Human and Energy Evolution can be devastating beyond imagination. Without this unnatural process, the CONTROL grid collapses. This Control Grid, this Sublime Dictatorship, is not found in our original USA Constitution and may quickly be diluted with facts, awareness and public exposure.

Some say this dramatic inequality is the will of and obedience to Mammon, the God of Excess.

All philosophies and religions reference in some form this idea: “You cannot serve God and mammon.” (The Gospel according to St. Matthew 6:24). Did we not yet learn from the Great Depression, WWI, WWII, Nero’s Rome, Sodom and Gomorra, Atlantis-Lemuria, Mu…….? 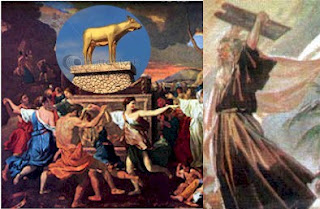