World Energy Outlook: The Now, The Possible, The Default

World Energy Outlook:
The Now, The Possible, The Default
The Now
The world is locking itself into an unsustainable energy future which would have far-reaching consequences, IEA warns in its latest World Energy Outlook (press release) International Energy Agency

09 November 2011 London --- Without a bold change of policy direction, the world will lock itself into an insecure, inefficient and high-carbon energy system, the International Energy Agency warned as it launched the 2011 edition of the World Energy Outlook (WEO). The agency's flagship publication, released today in London, said there is still time to act, but the window of opportunity is closing.

"Growth, prosperity and rising population will inevitably push up energy needs over the coming decades. But we cannot continue to rely on insecure and environmentally unsustainable uses of energy," said IEA Executive Director Maria van der Hoeven. "Governments need to introduce stronger measures to drive investment in efficient and low-carbon technologies. The Fukushima nuclear accident, the turmoil in parts of the Middle East and North Africa and a sharp rebound in energy demand in 2010 which pushed CO2 emissions to a record high, highlight the urgency and the scale of the challenge."

"As each year passes without clear signals to drive investment in clean energy, the "lock-in" of high-carbon infrastructure is making it harder and more expensive to meet our energy security and climate goals," said Fatih Birol, IEA Chief Economist. The WEO presents a 450 Scenario, which traces an energy path consistent with meeting the globally agreed goal of limiting the temperature rise to 2°C. Four-fifths of the total energy-related CO2 emissions permitted to 2035 in the 450 Scenario are already locked-in by existing capital stock, including power stations, buildings and factories. Without further action by 2017, the energy-related infrastructure then in place would generate all the CO2 emissions allowed in the 450 Scenario up to 2035. Delaying action is a false economy: for every $1 of investment in cleaner technology that is avoided in the power sector before 2020, an additional $4.30 would need to be spent after 2020 to compensate for the increased emissions.

ENERGY: We will define energy as the ability to create changes in the position or condition of objects  or points of reference. However, energy can create change, only when there exists a differential in the two points between which the change becomes manifest, or when the unit of energy has become divided into its two component parts called poles, or charges. One positive and one negative pole or charge,when united, constitute one photon or quantum of energy. 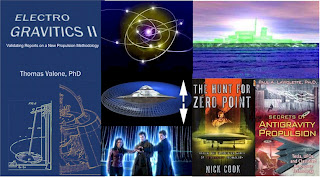 Clear definitions of energy, (and space, time, mass, matter, fields) found in StarSteps are a must to promote comprehension towards unparalleled new energy sources resulting from extended E=MC2 applications, with C as the kinetic energy equivalent of the mass energy of matter – opening the practical application doors to non-locality, action at a distance, zero point, throughout the macro/here&now/micro scale invariants. http://fuel2000.net/starsteps.htm
Bearden: The Real Cause of the Energy Crisis
http://blog.hasslberger.com/2011/04/bearden_the_real_cause_of_the.html

As we realize that nuclear energy is fraught with dangers difficult to reliably predict and almost impossible to control, that carbon based energy progressively pollutes our world and that it is difficult to scale existing alternatives to levels of production needed to satisfy our appetites for energy, we tend to overlook some fundamental physics that might help us realize the dream of clean, abundant energy.

Engineer Tom Bearden says - a bit like Viktor Schauberger did more than half a century ago on the subject of physical motion - that we are missing some important basics.

Bearden says Tesla already showed the way and he explains what we should be looking for, in a recent missive he sent to the US Department of Energy. Question is - will they listen?

The Quantum Mechanical Vacuum: First we need some definitions. We start by assuming the quantum mechanical vacuum.1 Empty "spacetime" is filled with an incredibly intense flux of virtual particles. It is a plenum, not an emptiness. We shall be interested only in the fantastic flux of virtual photons, for we are discussing electromagnetics.

Potential is any ordering, either static or dynamic, in the virtual particle flux of vacuum. Hey! That's exactly the same definition as energy. Quite correct. Energy and potential are identically the same. Neither is presently defined correctly in physics.

We've had this electromagnetics around for over 100 years -- Maxwell's book was published in 1873. We got it wrong, starting right with Maxwell and his use of the material ether, which was almost universally assumed at the time. Still, by using quaternions, Maxwell succeeded in packing a great deal more in the model than even he himself recognized. When the vector aspects interacted to form a zero resultant translationally, those active interactants were still in there and still fighting and interacting. The scalar component of the quaternion remained, and infolded those struggling vectors and functions of them inside itself. In short, it captured the case where the electromagnetic energies are involved in translation actions which nullify each other translationally (electromagnetically). However, the energies are still in there in the continuing interactants inside the zero vector resultant. As such, they are trapped EM energy. And it is the trapped EM energy inside a mass -- not the mass per se -- which is responsible for gravitation. In other words, Maxwell's theory already correctly captured the unification of the gravitational field and the electromagnetic field in 1873.

Then Heaviside et al forced Maxwell's theory into a vector framework, throwing out the scalar component, and discarding the unification of gravitation and electromagnetics along with it. Serious errors were made and still exist in many of the fundamental definitions; in fact, many of them aren't definitions at all. Nearly every engineer and physicist can readily calculate potentials -- all, of course, on the "dissipation" side where the potentials are actually the amount of potential that was collected upon a collector and then dissipated. I could find hardly a single physicist who really knew what a scalar potential was prior to a finite amount being collected and dissipated as voltage. Yet 99% of them firmly believed they understood the potential.

Without an upgrade in the science of energy

The Default
The Globalization of Poverty and the New World Order
Will lead us Towards a World War III Scenario and Dieoff. 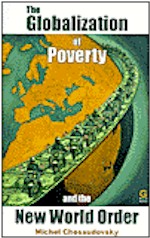 “Central to an understanding of war, is the media campaign which grants it legitimacy in the eyes of public opinion. A good versus evil dichotomy prevails. The perpetrators of war are presented as the victims. Public opinion is misled: “We must fight against evil in all its forms as a means to preserving the Western way of life.” Breaking the "big lie" which upholds war as a humanitarian undertaking, means breaking a criminal project of global destruction, in which the quest for profit is the overriding force. This profit-driven military agenda destroys human values and transforms people into unconscious zombies.’ Michel Chossudovsky is Professor of Economics at the University of Ottawa and Director of the Centre for Research on Globalization (CRG), which hosts the critically acclaimed website www.globalresearch.ca